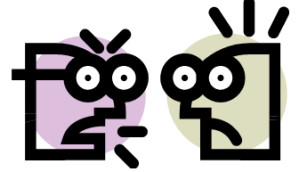 Pete was in my class that term, a student who described himself with pride as a “recovering asshole.” Most days it seemed to me that he was enjoying being stuck in the recovering stage, and wasn’t doing very much to move towards finally being “recovered.”

Still, we jostled along. He participated in class activities, and I held him accountable for treating others with respect.

One day in class he made a remark about women that seemed particularly aimed at me, and I lost it. I dressed him up one side and down the other. I can’t remember what he said, or what I said, but I remember that he shut up really quickly, and the other students tried to look like they were somewhere else.

I went home feeling ashamed of myself.

Ashamed because I had used my power as a teacher and my power with words to humiliate him.

Ashamed because I had lost it in front of the class. I had worked diligently to make the classroom a safe place for everyone, and I had blown it. How could they trust that safety now?

In the cool of the evening, I knew I would have to apologize to Pete.

I dragged my feet to school the next morning, wondering what I was going to say. I thought of waiting for him outside the class, to apologize before we went in, but something told me that wouldn’t do. Since I had lost my temper with him in front of the other students, I would need to apologize to him in front of those same students.

I didn’t want to apologize, and I knew I could get away with never apologizing. After all, I was the teacher. Nobody was going to call me on bad anger management.

However, when the class assembled, I began with, “Before we get started on today’s work, I have something to say. Pete, I’d like to apologize to you for losing my cool with you yesterday…”

As soon as the first five words of that last sentence were out of my mouth, a hush came over the class. They sat rapt, waiting for what would happen.

It was the hush that told me I was doing the right thing. It was the expectant silence that buoyed me and made it easier to continue. “I was mad at you, and I didn’t deal with my anger properly. I’m sorry I yelled at you.”

Pete accepted my apology briefly and with grace. We all went on to the work of the day.

It was probably the hardest thing I’ve ever done in class.

I would like to say that Pete was a changed man afterwards, but he wasn’t.

I would like to say that I found him easier to deal with afterwards, but I didn’t.

It was the rest of the class that changed. They had all seen teachers lose their tempers, but I don’t know if any had heard a sincere apology for that behaviour from a teacher. They respected me for doing it.

The apology made me vulnerable, but they did not respond by attacking me. Instead, they cherished me.

The distance between us grew smaller.