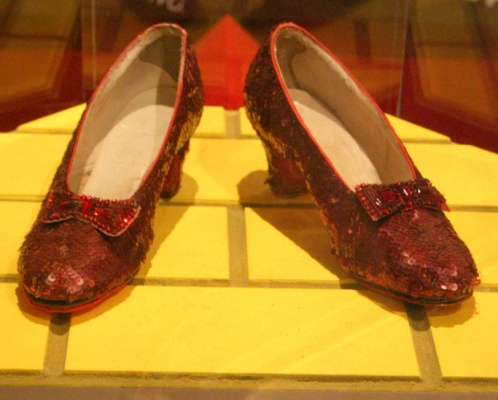 In a recent post I told the story of Naomi, who said “I pass” for more than three months in our basic literacy class, refusing all invitations to take part in group reading, writing and math sessions, or to do any private work in those areas; who instead spent her time making and colouring banners.

Because she waited for so long, and because her non-participation was so visible (yards of banners being coloured every day are hard to hide) various people took issue with her, and with us teachers for letting her “just say pass.”

Some of the other students complained that she didn’t do the schoolwork, and the teachers should make her do it. Conversations went something like this, and were oft repeated:

Student: It’s not fair. She doesn’t do any work. She should have to do reading and math.

Me: Every student has the same choice. Did you want to colour banners today?

Student: What? No—that’s not what we’re here for. That’s stupid.

Me: What did you choose to do today?

Student: I went to reading group, and I worked on my math. We have a math test tomorrow, on Unit 2.

Me: So you decided to work on reading and math today. That decision is going to help you pass this level and go on to the next, don’t you think?

Me: Naomi chose to make banners. Maybe she has a different goal in mind.

Administrators said that if she didn’t do the literacy work, she should be asked to leave the class, that she set a bad example for the other students, and that the College was not a daycare program.

I’ll say at the outset that we were in a privileged position—teachers at the College were unionized, although some of us on the literacy teaching team had temporary or contract positions, not regular (permanent) positions. As well, the administration generally thought well of our teaching and respected our professional judgement on most things.

Still, we had to keep them happy.

We offered to take in an extra student, above the class size limit, because we were not expending much time or effort on Naomi while we waited to see if she would decide to take part. No prep and no marking required for the banner-making project.

We reported the benefits of the conversations we were having with other students about choice and decision making, including an increase in engagement and an awareness of being responsible for their own participation.

We noted to ourselves that in the future we could keep administration happy by not telling them the details about students who took a while to settle in to the class work.

The end of the story

There is no fairy-tale ending to my story of waiting for Naomi. She made a stunning breakthrough in December, started writing, took the enormously courageous step of opening a public dialogue about racism, and was rewarded by seeing her work taken seriously as others in the College responded to it.

When the winter break came, the program closed for a couple of weeks. Naomi went to to visit family in the States, and didn’t come back to our community or our program. It was over for us. No matter what our hopes had been for Naomi, we would not get to see what happened next.

Did we do the same again for other students who came after?

You bet we did!

For more on promoting decision-making as a way of fostering engagement,see my article Putting Learners in Charge of Making Decisions, page 19 of this issue of the RaPAL Journal.